Who Should You Be Looking Out for on Team USA at the 2017 Presidents Cup? 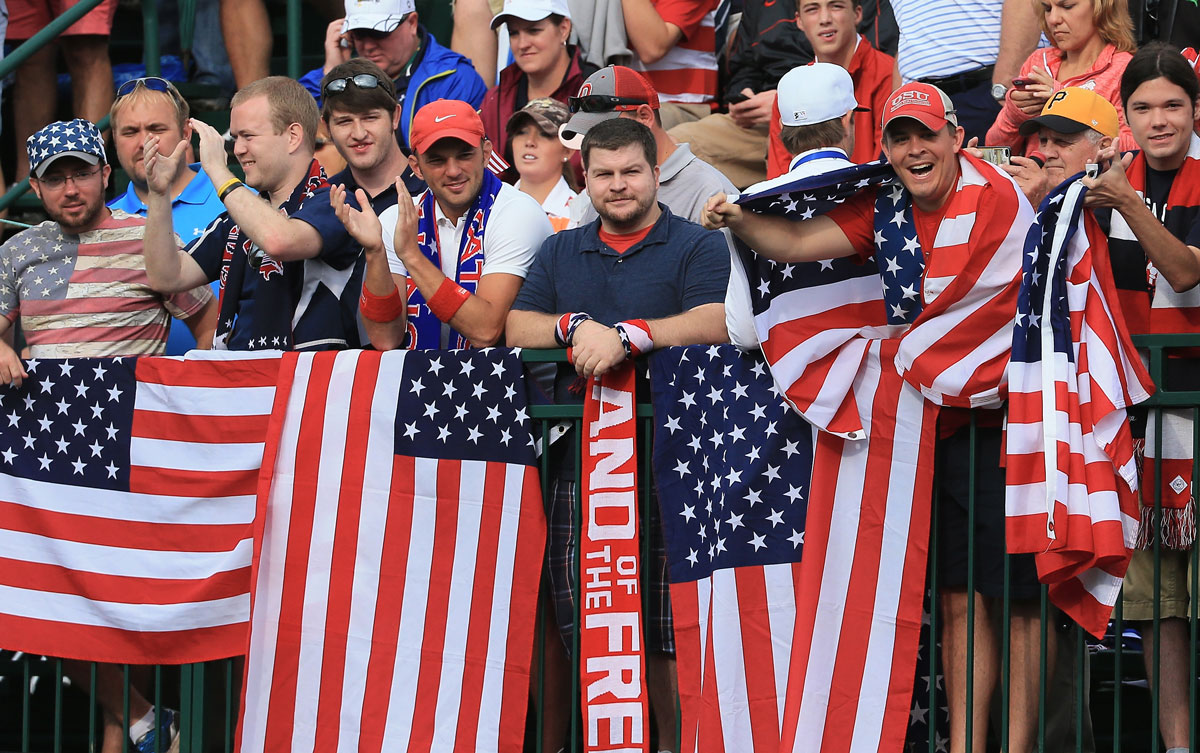 As we enter the heart of the PGA Championship, there is only this weekend and two more FedExCup Playoff events between now and the 2017 Presidents Cup which begins September 26th. With that being said, a lot can happen in that short amount of time and the team standings are changing every day. After this weekend, the lineup could be very different than it is now.

The world’s best golfers are fighting tooth and nail to make their way onto a team. On September 4th the top-10 U.S. PGA Tour members who have the most FedExCup points from over the last two years will secure a spot on the team. Steve Stricker, Team USA Captain, will announce his two captains picks on September 6th, one of which is almost guaranteed to Phil Mickelson who says he does not want to be at Presidents Cup unless he has earned it.

So, who should you be on the lookout for when you’re in the stands at Liberty National Golf Course this September?

DJ has stayed at the top of the Presidents Cup Team USA Standings after claiming his first major title win in 2016 at the U.S. Open. Johnson finished the 2016 season as the leading money winner of the PGA Tour, winning the Arnold Palmer Award along with achieving the lowest scoring average. At the close of 2016 he won the PGA Player of the Year and PGA Tour Player of the Year awards.

Dustin Johnson began the year with two top-10 finishes in his first four events and went on to win the Genesis Open in February, which moved him to number one in the Official World Golf Ranking. So far in 2017 he has three victories, two of which are World Golf Championship titles, keeping him number one in the world going into this weekend. After withdrawing from the Masters Tournament® this year, fans are eager to see how he plays leading up to and at Presidents Cup.

Spieth has been the golfer to watch all year. In 2016, he matched Tiger Woods by winning his seventh PGA Tour event before the age of 23. After the 2016 Ryder Cup, Spieth was the worlds #3 ranked player behind Jason Day and Rory McIlroy and was from then on looked to as a leader to American golfers all over the country regardless of his young age.

2017 has been the year of Spieth. On February 12th, in his 100th PGA Tour tournament, he won the AT&T Pebble Beach Pro-Am. With this win, Spieth then became the second man, along with Tiger Woods to win nine times on the PGA Tour before the age of 24. Jordan Spieth made his debut at the Travelers Championship in the most memorable way possible by coming in first place, clinching his 10th PGA Tour title one-month shy of his 24th birthday.

Check back in with us soon for who you should watch on the International Team at Presidents Cup in September!

You haven’t missed your chance to attend the elite Presidents Cup this year yet! Official Event Packages are now on sale with plenty of package, accommodation and hospitality options to best fit you and your group. Here is a spotlight one of our exclusive options for the 2017 Presidents Cup, Federation Club.

“…Federation Club offers a one-of-a-kind experience with impeccable views and unmatched amenities. Guests can enjoy all-inclusive beverage and food service from their reserved tables inside, or from the outdoor patio as you watch the worlds-best golfers round out the 14th hole from your stadium-style seats…" Read more here»