As you can see, the elite U-18 soccer tournament is very different than the prestigious, world renowned golf tournament. For over twenty years, the world's best golfers have come together to play on the world's best golf courses to compete for the Presidents Cup Trophy. All of the net proceeds are distributed to the charities of the winning teams choice. The first ten tournaments raised over $32 million for charities all over the world.

What Is Presidents Cup?

Presidents Cup is a golf tournament compiled of a series of matches played by two teams, team USA and The International Team excluding players from European countries because they are represented in the Ryder Cup. The teams are selected based on the number of FedEx Cup points each player earns between each biannual tournament. A non-playing captain is designated to each team of twelve players including two players selected by the captain. He is in charge of pairing up the team members and selecting who will participate in tie-breakers. These carefully selected captains are highly respected and well known to other professional golfers and fans alike.

How it Is Played And Where?

Presidents Cup is played in a match play format. When a team wins on a given hole, they earn one point. This is the most a player can earn on each hole. If the hole is tied, both teams receive half of a point. The final day of the tournament has always consisted of 12 single matches but format has experienced some small changes over the years. In 2000, the contest was extended from 3 to 4 days and in 2015 the tournament consisted of 9 foursome doubles matches, 9 fourball doubles matches and 12 single matches. These changes resulted in a total of 30 points available, so a team needed at least 15.5 points to win the cup.

The tournament is held biannually and rotated between the best golf courses around the world. The tournament has been held at elite courses such as, Robert Trent Jones Golf Club in Virginia, The Royal Melbourne Golf Club in Australia along with many others. This year, Presidents Cup will be held at the prestigious Liberty National Golf Club in Jersey City, New Jersey.

An Honorary Chairperson is selected for each biannual tournament and it is typically the political leader of the host country, meaning the President, the Prime Minister, etc. Barack Obama is the only world leader to have been invited to the event as Honorary Chairman twice in both 2009 and 2013. There have only been two Chairwomen in Presidents Cup history, Prime Minister of Australia, Julia Gillard in 2011 and Korean President, Park Guen-Hye in 2015. 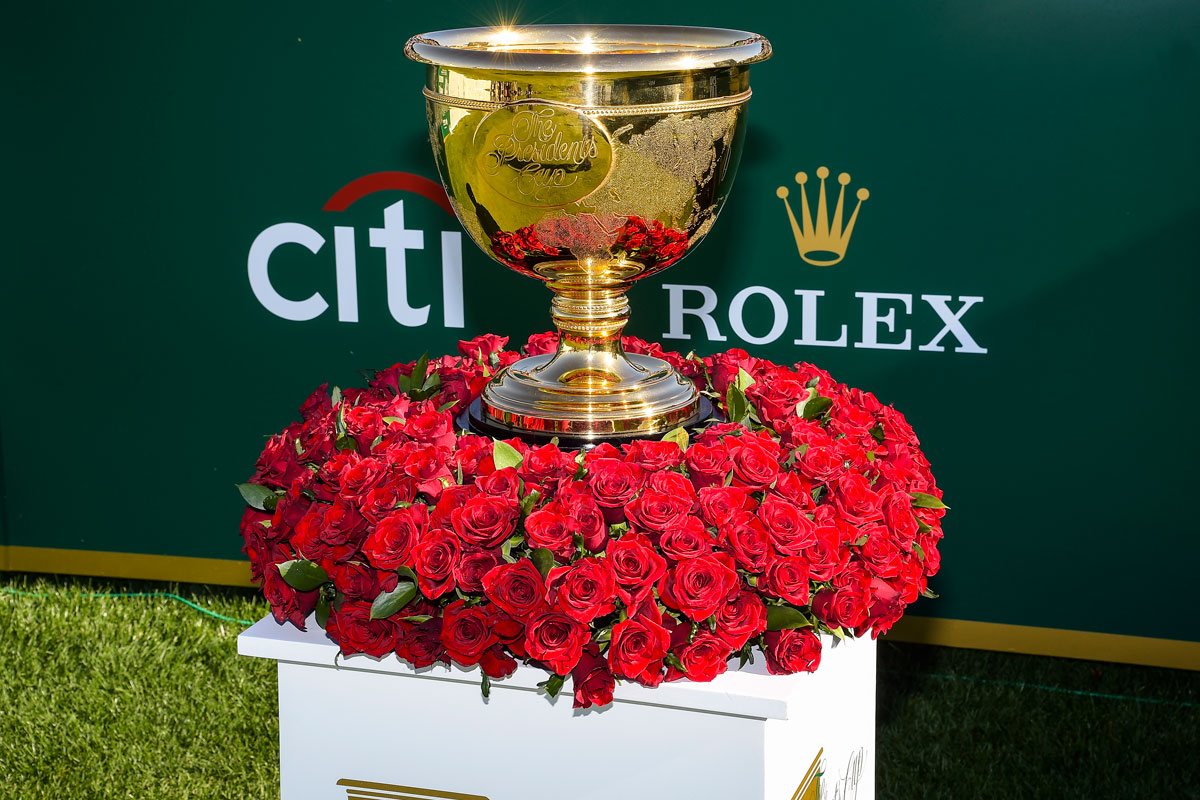 On September 26th, the world’s best golfers will be coming together to compete for the elite Presidents Cup Trophy. At Liberty National Golf Club, Presidents Cup Experiences will be offering a variety of premium event packages, which include a photo op with the trophy on the first tee, VIP ferry services, accommodations in NYC’s financial district and more. With breathtaking views, luxurious amenities and a top-notch course, you won’t want to miss this once in alife time experience!